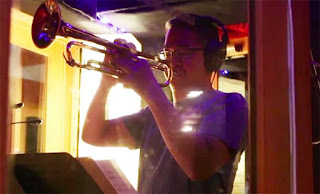 Posted by mike at 9:22 AM No comments:
Email ThisBlogThis!Share to TwitterShare to FacebookShare to Pinterest
Labels: black, saft, takieshi, vu

Posted by mike at 8:02 AM No comments:
Email ThisBlogThis!Share to TwitterShare to FacebookShare to Pinterest
Labels: doms

sorry, reups are not my policy. I have a really crappy filing system of tons of cdrs and dvdrs that I need to dig thru to find a particular thing. I basically grab shit at random to upload and then refile it into the vaults of Tlön.

If you have similar decent quality unusual music, I MIGHT be into an on line swap. Send me list at the gmail address and we can talk from there.

Posted by mike at 2:43 PM No comments:
Email ThisBlogThis!Share to TwitterShare to FacebookShare to Pinterest 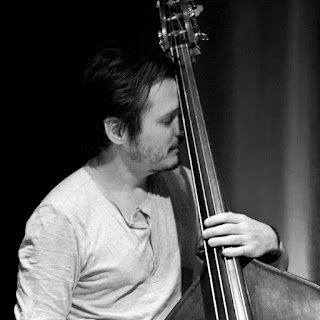 Trevor Dunn was born in 1968 behind the Redwood Curtain in The Emerald Triangle traversing a fine line between hippies and rednecks. His first instrument was the clarinet and he began to focus on the electric bass at age 13. Four years later he co-founded the avant-rock band Mr. Bungle. In 1990 he received a BA in music from Humboldt State where he performed Koussevitsky’s Concerto for Double Bass with the HSO. In 2001 he was commissioned by the Elaine Kaufman Cultural Center to write a solo bass piece for Jon Deak. Mr. Deak performed “Depaysemant” for prepared contrabass later that year at Merkin Hall, Lincoln Center. Currently Dunn lives in Brooklyn, NY and can be heard on over 80 recordings including a disc of original film music entitled Four Films (Tzadik). Recent projects include his rock band MadLove, the quartet PROOF Readers which plays the music of Ornette Coleman as well as The Nels Cline Singers and a new, original quartet Endangered Blood. He continues to perform with John Zorn’s Electric Masada, Erik Friedlander’s Broken Arm Trio, Curtis Hasslebring’s New Mellow Edwards and occasional appearances with Andrew D’Angelo and John Hollenbeck’s Claudia Quintet.